This summer, along with 30 other icon painters and enthusiasts mainly from the States, I travelled extensively around the western part of Russia. Arriving at Moscow we journeyed by coach to many of the cities of the Golden Ring, up to Vologda by the White Lake, by overnight train to St. Petersburg and on down to Novgorod and Pskov before returning to St. Petersburg. This was a three week tour packed with adventures, wonders and beauty. 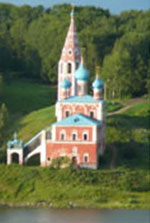 This extensive icon study tour was organised and led by Fr. Ilya Gotlinsky, a Russian American priest of the Russian Patriarchal Church. He had arranged for many of Russia’s most eminent specialists, i.e. restorers, archaeologists, museum curators, iconographers etc. to talk to us and lead us through the collections of icons in the museum, or round the frescos in the churches; explaining their meaning, artistic style and history.

We visited between four to six churches, monasteries or museums each day – quite an itinerary but it gave us a good overview of the style of the icons in each area. The Russian guides gave excellent talks on the coach as we travelled between the churches; explaining to us the history of Russia and enriching our understanding of its people.

Having come from the plainness of the English churches, even our Orthodox ones, I was overwhelmed by the frescoes that cover every inch of the walls in the Russian churches. It was amazing to see the colours, the complexity and beauty of the iconography telling the biblical stories or of the life of the saint to whom the church was dedicated. One felt as if one was wrapped in a cloak of the Holy Spirit and given a glimpse of a Divine that we all aspire to. The singing of the various and differing Russian choirs added to the majesty and transported one to another world.

I also loved the table cloth designs that were painted on the first four to five feet of the walls so as to stop worshippers from rubbing shoulders with, or potentially damaging, a holy personage. It also elevated the saintly above the humble congregation.

It seemed that the country is slowly coming spiritually alive again after the oppressiveness of communism. The State has returned many of the religious buildings to the Church but sadly without any funds for restoration. It is therefore quite amazing how much has been achieved in such a short time. Many had been destroyed during the war; and others since have been used for firing practice. Monasteries fared better as army accommodation, asylums or prisons. Now churches are rising from the rubble, not only in the richer towns but in the distant impoverished villages where one could see scaffolding around the domes and bell towers. The churches being the first to be rebuilt as if to bring the Saints back to the land and so strengthen the spirit of the people.

Touchingly the builders are leaving a seam on the outside of the churches to delineate the remains of the old building and the new, and maybe to remind themselves of the destructiveness of humanism and communism.

Restorers are now sieving the rubble for pieces of frescoes and are painstakingly piecing them together like large jigsaw puzzles ready to return to the walls. Where this is not possible new icons and frescoes are being commissioned. Most of the important icons were removed to State museums and kept in the archives. Many have been restored and are now on view.

During this work restorers found that there was often more than one icon on a board; as the original image became lost with wax and soot a new one would be painted on top – this may have happened three or four times over the centuries. Miraculously they are now able to save each layer as it is peeled off – a technique they are keeping close to their chests. 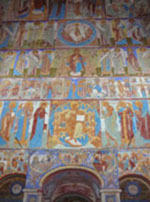 Many of the churches have copies of the valuable icons that once adorned them; though more often gaps in the iconostasis await the arrival of new ones. We visited three iconographer studios where we could see the work being carried out. All had returned to the Byzantine style of painting. The sentimental humanistic style was rejected for the more ascetic, yet each execution was distinctly different. One being very powerful and dramatic in expression and mood, another more serene and gentle and another more contemplative. All the iconographers were very helpful and willing to share their expertise and give advice. Later we saw their work in various churches and monasteries.

Within our journeying we stepped into darkened caves like hermits using candles to illuminate the catacombs; we were blessed with Holy oil as we paid our respects at the shrines and prayed at the icons of the most revered of the Russian Saints.

One pilgrimage took us through a woodland cemetery, over open countryside and around a lake before arriving at the Holy Springs where we drenched our heads in the hope of washing away our sins!

We saw the gleaming domes of churches reflecting in the rivers at sunset and felt this was truly the ‘Land of the Saints’.

We saw close to and marvelled at the wonderful icons we had previously only ever seen in books, and came to appreciate the various styles of different areas and the changes over the centuries. At the State Russian Art Museum in St. Petersburg we had the opportunity to see many of the original icons from around the country being all displayed together there.

A statue of Lenin was erected outside the front of most of the monasteries by the Bolsheviks to remind the monks who was in charge. Ironically, where as there are no longer queues of people visiting Lenin’s tomb the monasteries are alive and growing again.

Fr. Ilya is organising more tours to Russia and Greece. I understand this year’s Greek tour was just as well organised and rewarding as the Russian one. It is impossible to tell you of all the wonderful things we saw and did, instead go on one of these trips and experience the miraculous for yourself. 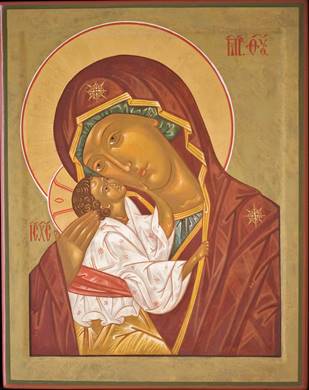 Annie holds various workshops and Icon painting courses throughout the year through The Fellowship of Saint Luke, including Spring and Autumn 6 Day workshops in the Byzantine/Russian Float Technique. A new venue is under negotiation due to the closure of The Salvation Army Conference Centre. 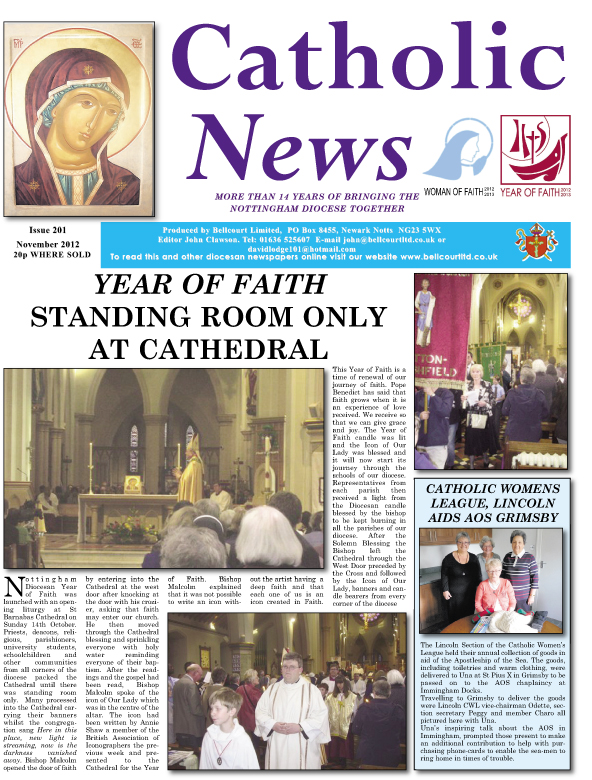