A blessing and formal opening of the completed church at I’billin.    Sr Berndette Cook 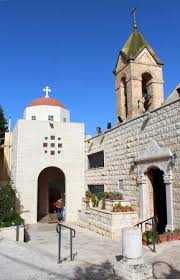 In June (2016 ?) I returned to complete the painting of the church in Galilee. The Pantocrator for the 27-metre-high dome still had to be painted. I knew that at almost 79 I could not ascend to those heights. We devised a plan whereby a 5.5-metre disc would be constructed and I would paint the image on the pieces of the disc laid together on the church floor. After I had painted the image each piece was raised and screwed to an already constructed metal frame. When I left, the scaffolding still obscured any view of the icon in situ.

I also thought you would like to see some pictures of what we have been doing this (2006) summer in the church in Galilee which we have been decorating with icons over the past years. 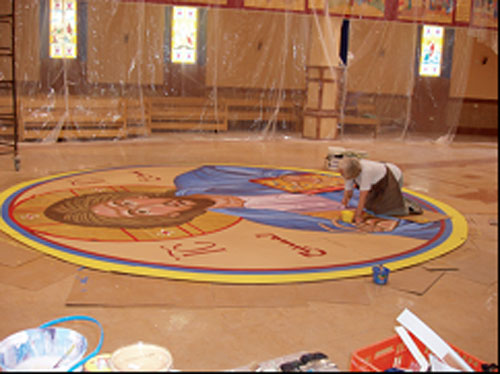 Sr. Bernadette on her knees painting the Pantocrator for the dome

The iconostasis which you see in the picture is where we started eight years ago. This May and June I aimed at bringing the work to a conclusion. In May I started with the side-apse paintings of St George and St Macrina the Younger (an older sister of Basil the Great who raised him) and the central-apse Madonna of the Sign.

A blessing and formal opening of the completed church was held one Saturday at the end of November for the feast of Blessed Miriam Buwadi, who is from I’billin. 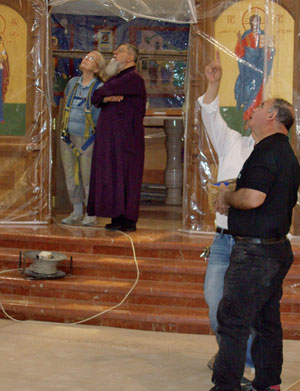 Archbishop Elias Chacour and Sr Bernadette, in scaffold harness,discuss the dome icon, together with Micha and Walid 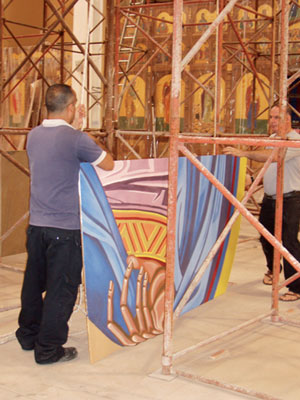 The Pantocrator is raised into the dome piece by piece 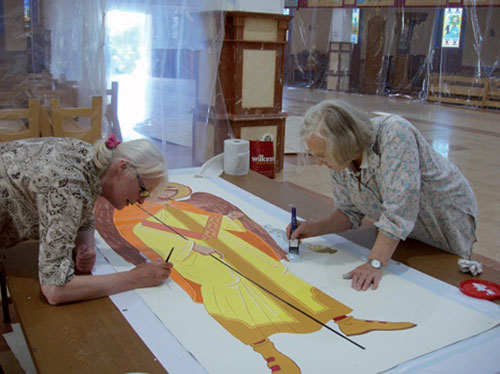 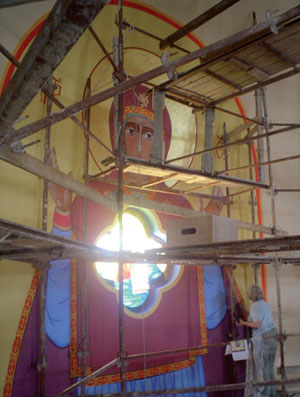 Two books have been published giving further details of this project and showing photographs of the many icons and frescoes painted by members of The British Association of Iconographers and particularly Sr Bernadette Crook.